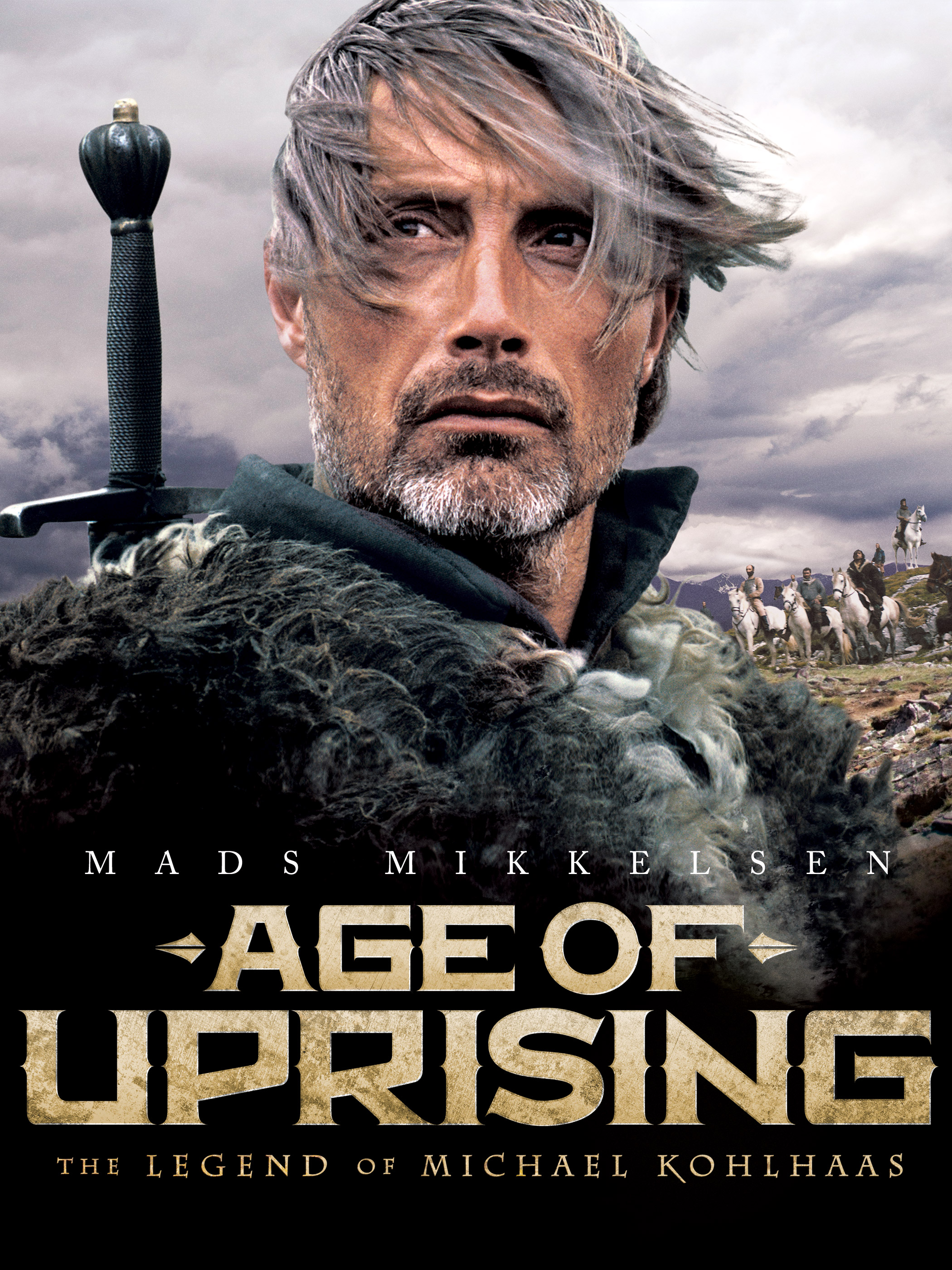 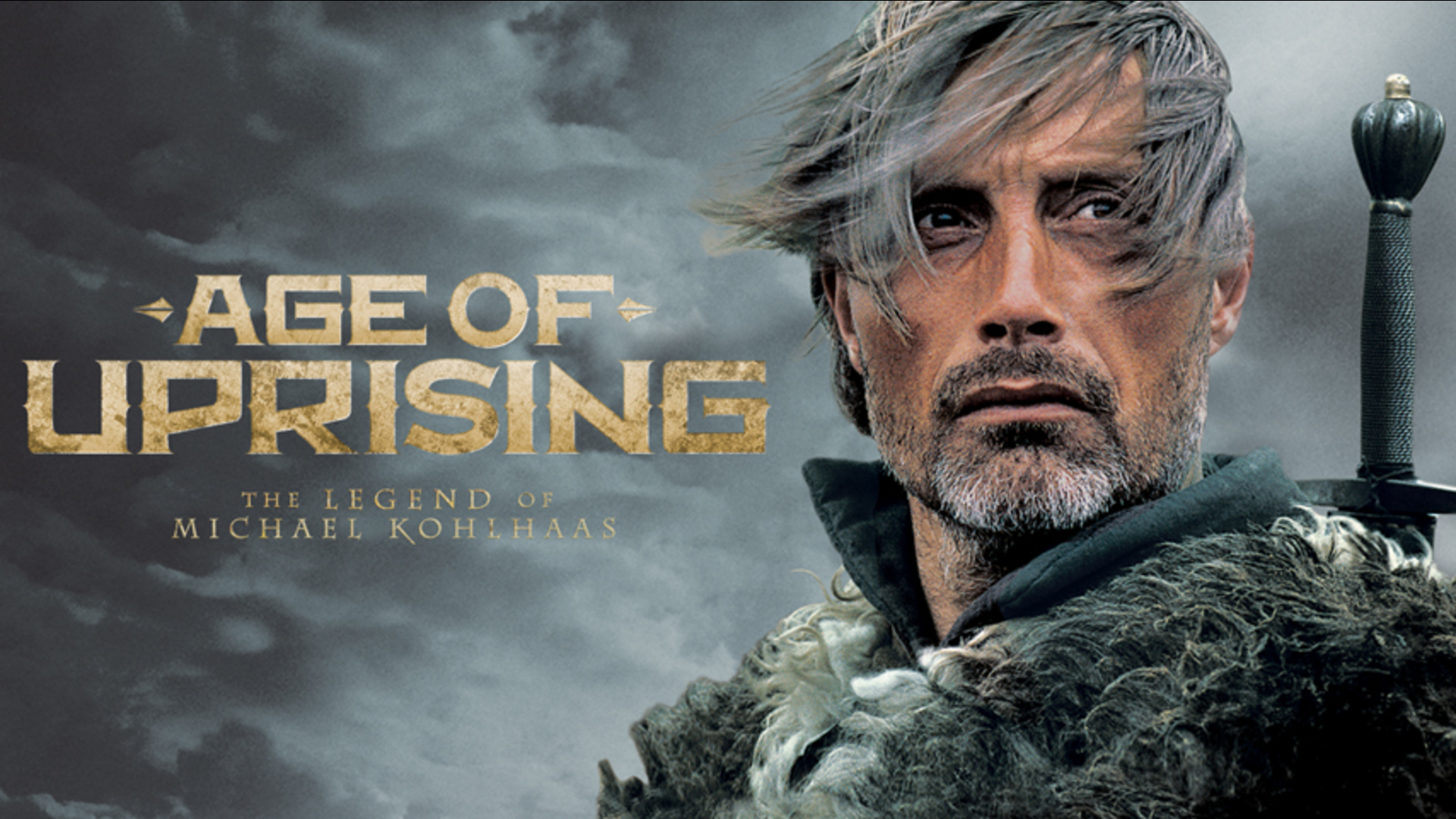 An arresting medieval epic starring Mads Mikkelsen (A Royal Affair, Vahalla RIsing, TV Series Hannibal), Age of Uprising: The Legend of Michael Kohlhaas explores the high cost of vengeance. With the age of feudalism in decline, Europe rests at a tense crossroads between the old world and the new. Respected, well-to-do horse merchant Michael Kohlhaas is a loving husband and family man leading a peaceful existence, until a ruthless nobleman steals his horses, setting off a chain of irreversible events. Kohlhaas resorts to extremes after these crimes destroy his livelihood and trust in the law, igniting a rampage through the countryside in his quest for justice.Adapted from Heinrich von Kleist’s 16th century novella, the story of Michael Kohlhaas is considered one of the first examples of modern literature. Filled with gorgeous widescreen cinematography, Age of Uprising: The Legend of Michael Kohlhaashad its world premiere at the Cannes Film Festival and stands tall as a powerful cinematic adaptation of a classic of German romanticism.

“Handsomely made and beautifully photographed. Mikkelsen himself brings a note of proud and smouldering handsomeness to the role.” PETER BRADSHAW, THE GUARDIAN 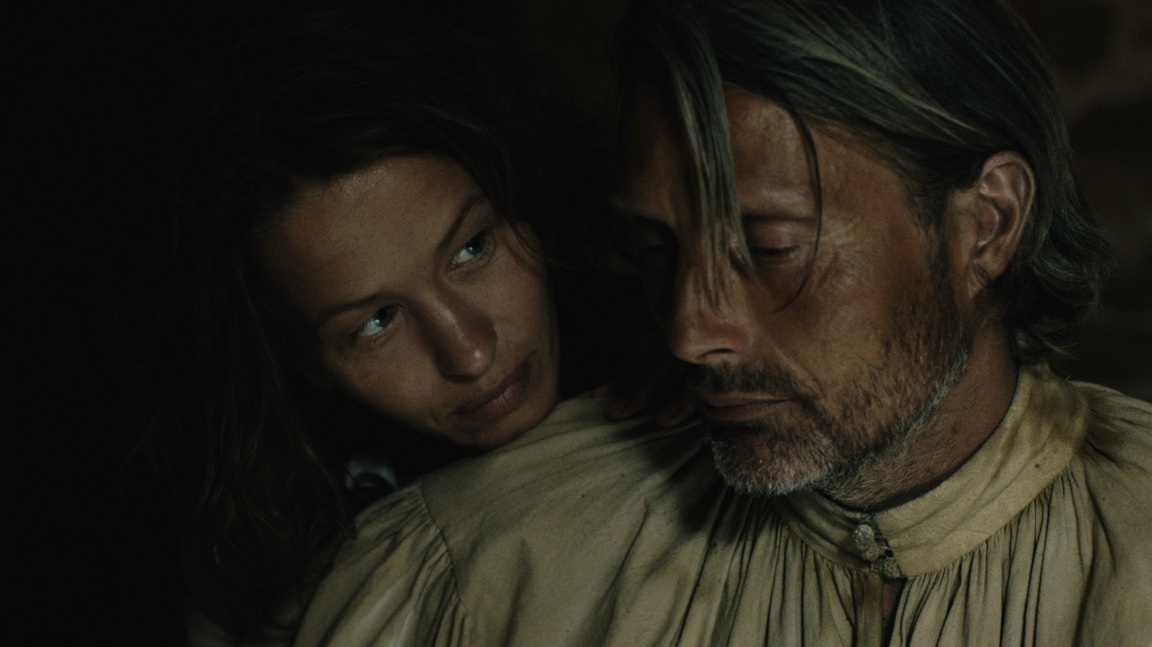